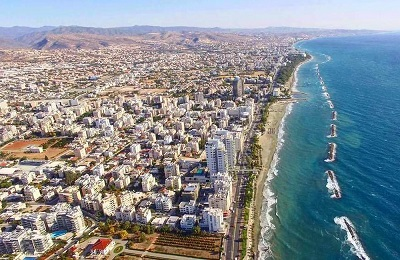 Construction sites have re-opened and work restarted, with the local construction sector pondering the overall impact the health crisis will have on the industry. Some plans for new projects are now in a state of uncertainty, some are temporarily postponed and delays in the completion of projects in progress are now likely. The impact of the coronavirus on the real estate market is undoubtedly significant, Yiannis Misirlis, Managing Director of Imperio Group and Deputy Chairman of the Cyprus Land and Building Developers Association told "Entrepreneurial Limassol" with construction sites and sales offices closed for more than 45 days during the lockdown, the purchasing interest of foreigners has understandably become less. However, Mr. Misirlis pointed out, real estate remains the first form of investment to turn to in times of crisis, which is why the messages coming from Arab countries, Israel and Russia are encouraging. However, he explains, we should not expect impressive moves in the immediate period, at least until further easing of the measures and the re-opening of airports.
Some optimism about the future of the construction sector was expressed in "Entrepreneurial Limassol" by the Cybarco CEO and Chairman of the Cyprus Land and Building Developers Association, Michalis Hadjipanayiotou. Cancellations due to the pandemic did not take place, he noted, but at the moment new transactions have been frozen, with the interest for new purchases being very limited and customers also keeping a standby attitude.  At the same time, the implementation pace of new developments will be reduced, especially in the near future. The termination of flights is causing shocks in the sector, as real estate relies 50% on the foreign market. A positive sign is, of course, the successful handling by the Cyprus authorities of the health crisis and the perception that has been established that Cyprus is a safe destination.
Asked whether the new facts will affect prices, Mr. Hadjipanayiotou explained that this depended on the policy applied by each company and its financial liquidity. In the long term, the interest of traditional markets abroad will remain undiminished for Cyprus, adds Mr. Hadjipanayiotou, despite the problems faced at this time. The messages already coming from Moscow are that the Russian along with the Chinese market will be the first to return. The quarantine period has also changed the real estate promotion practices, which are now processed through virtual tour and video presentations.

The Ambassador of the Czech Republic visit CUT

Connection of society and industry strategic goal for CUT