Fasoula, the new suburb of Limassol 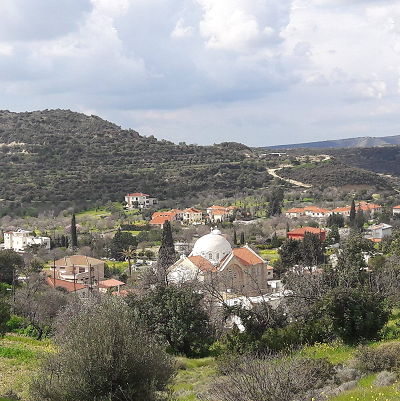 Fasoula is only seven kilometres from Limassol and in the last ten years its population has doubled, now approaching one thousand habitants. The increased cost of living in the city, pushes expatriates and many young couples, from Agios Athanasios, Mesa Geitonia, but also other areas of Limassol, in search of cheaper housing in the village, which is evolving into a new dynamic suburb of Limassol. The increase in population, however, creates new needs for infrastructure projects, the most important of which, as the President of the Community Council, George Charalambous, pointed out to “Entrepreneurial Limassol”, is the redesign and alignment of the Limassol-Fasoula road, to make it safer.

A gem for Fasoula, as mentioned by Mr. Charalambous, will be in a few months the Sports - Botanical Park that is being built on a plot of 2.100 sq.m. at the entrance of the community. The park creates infrastructure for football and other sports, locker rooms, bike path, sidewalk, cafeteria, playground and green spaces. The project, which will cost €700,000, is funded by the Cyprus Sports Organisation and state funds.

The immediate plans of the community council include the renovation of the core of the community, a project of € 1 million. According to the President of the Council, the plans are ready, as are the studies by the EAC and CYTA for undergrounding services. The plan includes cobblestoned streets and the installation of modern street lighting. This is a mature project, he pointed out, for the financing of which the community will turn to state and European funds.

Another big project that is pending is the utilization of the old primary school. For the specific project, pointed out George Charalambous, an urban planning permit has been secured to transform the school into a cultural centre and multi-event venue, with an open-air amphitheater. furthermore, the building of the former COOP, which recently passed into the ownership of the community, is already used as a cultural centre.

Fasoula as a destination

There are several agritourism accommodations in the community. Fasoula offer visitors many options. To the southwest, at a distance of about 800 meters from the center of the community, is the area "Kastros". The top of the mountain is known as "Moutti tou Dia". The sculptor Filippos Yiapanis created in the community, the Sculpture Park "Little Salamina" which is dedicated to the ancient theatre of Salamina. In the central square of the village is the folklore and agricultural museum, as well as the olive mill and the carob museum. The main church of Fasoula is dedicated to the Birth of the Virgin Mary, while the church of Saints Riginos and Orestis is of great interest. The activities of the Youth Centre take place at the Fasoula Youth Center.