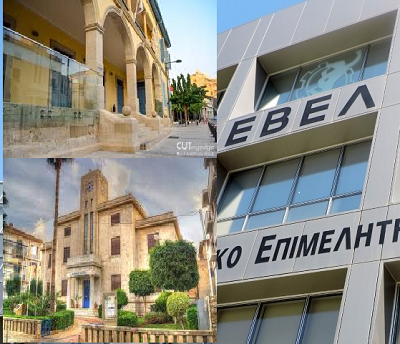 The Presidents of the Limassol Chamber of Commerce and Industry (LCCI) and the Cyprus University of Technology (CUT) Andreas Tsouloftas and Panagiotis Filippou, respectively, and the Mayor of Limassol, Nicos Nicolaides, emphasized their joint commitment to achieving common goals.

In a recent joint meeting, held on the initiative of the Limassol Chamber, the three bodies underlined the synergies that objectively exist at various levels and proceeded to a first substantive exchange of views and setting of goals, the achievement of which is possible through cooperation between them.

In the aforementioned first meeting, which took place at the CUT premises, in the presence of, among others, Rector Panagiotis Zafiris and the Vice President of the University, Nikolas Iordanou, the Chamber, the Municipality and the University decided to institutionalize their tripartite cooperation with regular meetings. of the three. Where necessary, experts will be invited to join in, depending on the issues of each agenda.

The next such meeting will take place around the end of April and will be hosted by LCCI.

The construction of the Troodos observatory has begun

The Cyprus-Greece ferry link bet, is not lost

Limassol - The return of cruises

CUT in THE Impact Rankings

The Limassol chamber supports the CUT...